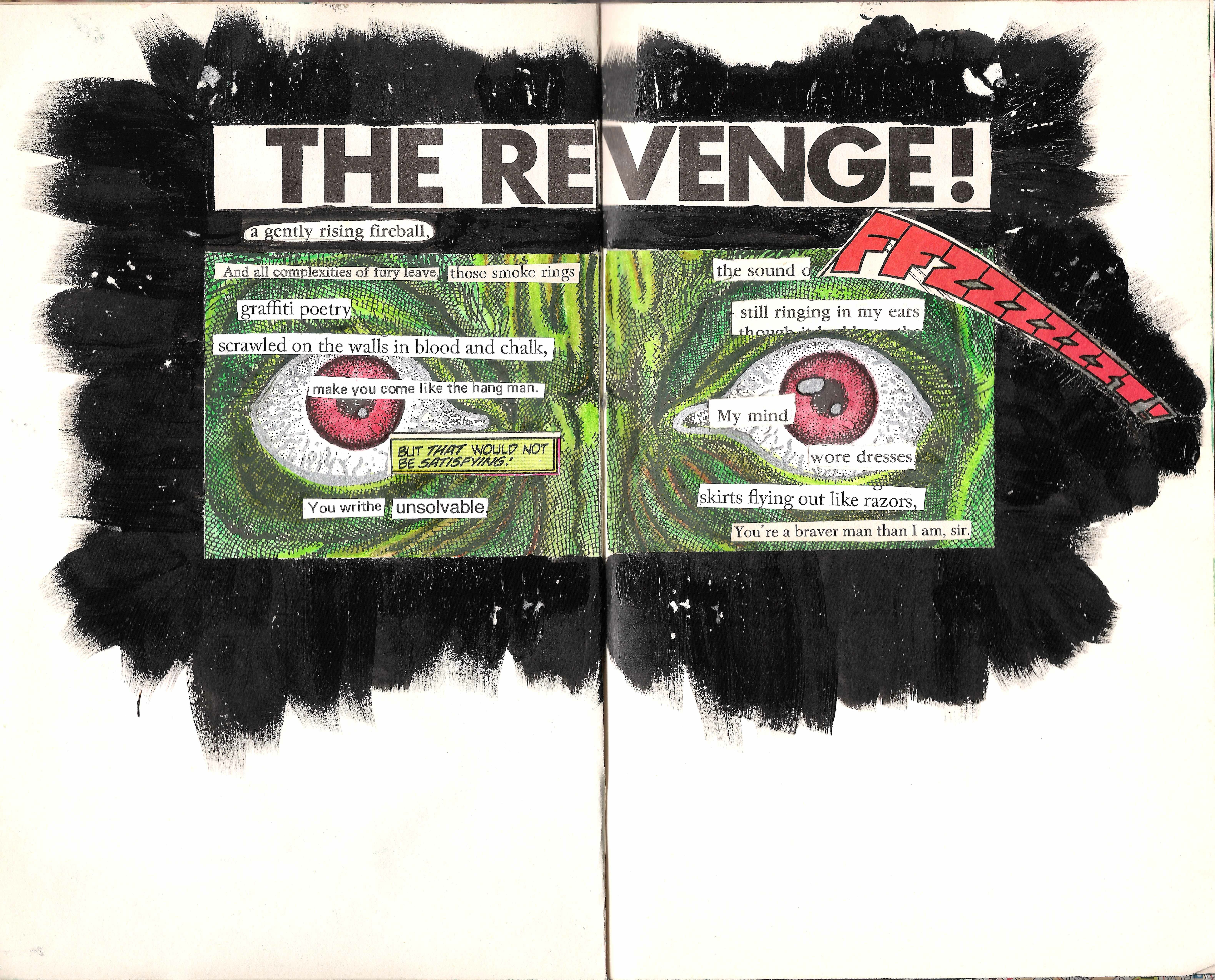 ReVerse Butcher’s collage poetry style is one that hybridizes cut-up theory, erasure poetry, plundergraphic theory and other experimental writing techniques such as the Jeff Noon’s Cobralingus language filter system, among other methods of her own invention. The idea is to enter into, to take control of, and change the meanings of dominant meanings and source texts. ReVerse Butcher believes that reality is only possible because of language, both flawed systems at best. By accident, she discovered the two systems were not only linked but co-dependent, which meant if you found a way to change one system, the other would mimic the alterations with unexpected creative results. She focuses on destabilizing theoretical binaries by using context as her plaything, in exposing meaning to be a multiple, changeable and uncontrollable thing. 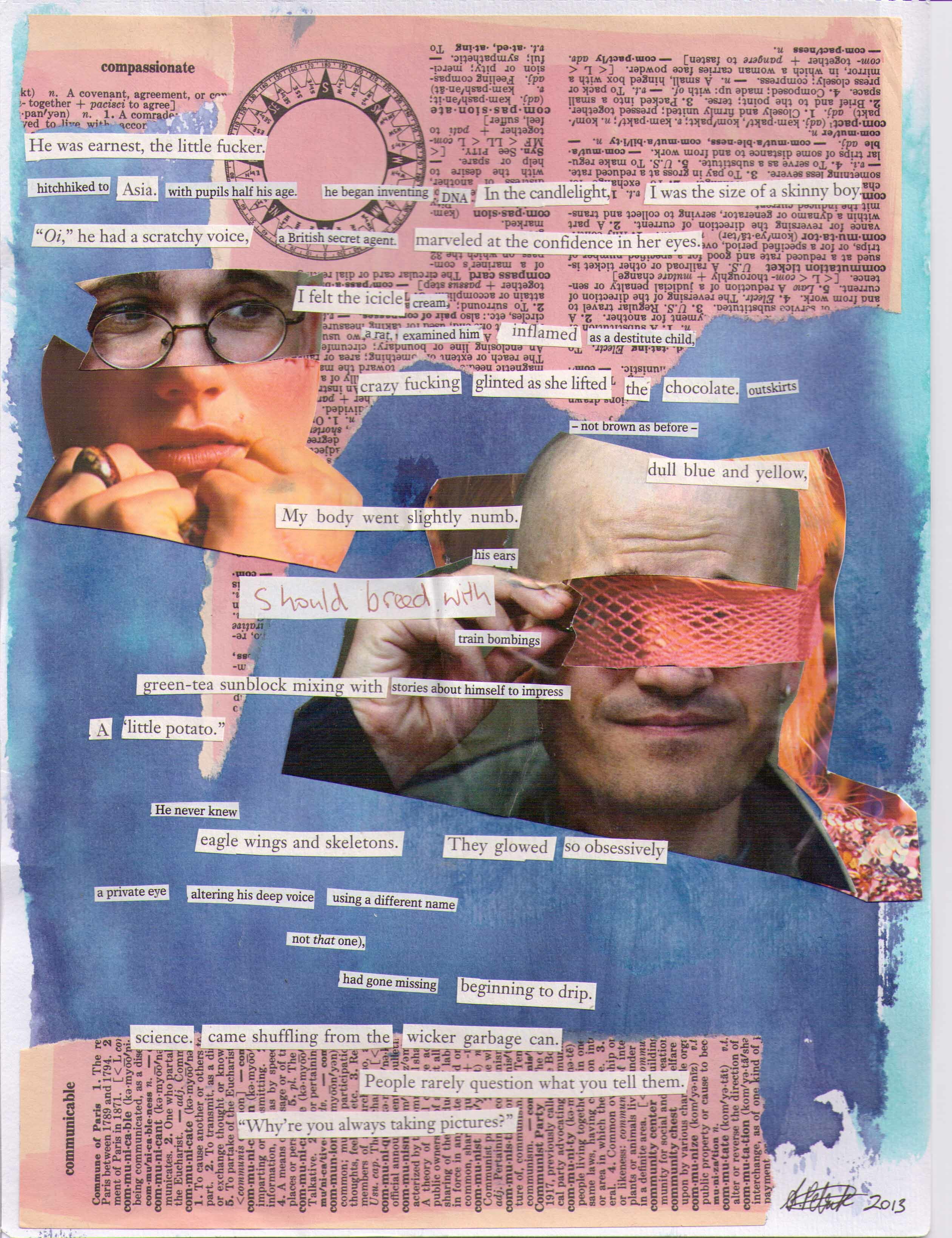 She focusses on paradoxes as the way to do this, by using source texts that have received a certain amount of privilege and have achieved a sense of artistic legitimacy which she feels may be dangerous to leave unquestioned. As a feminist writer, ReVerse Butcher is always looking for ways to create or exploit new or existing schisms in culture where the power held by conservative men is shaken loose, if even only for a few moments. 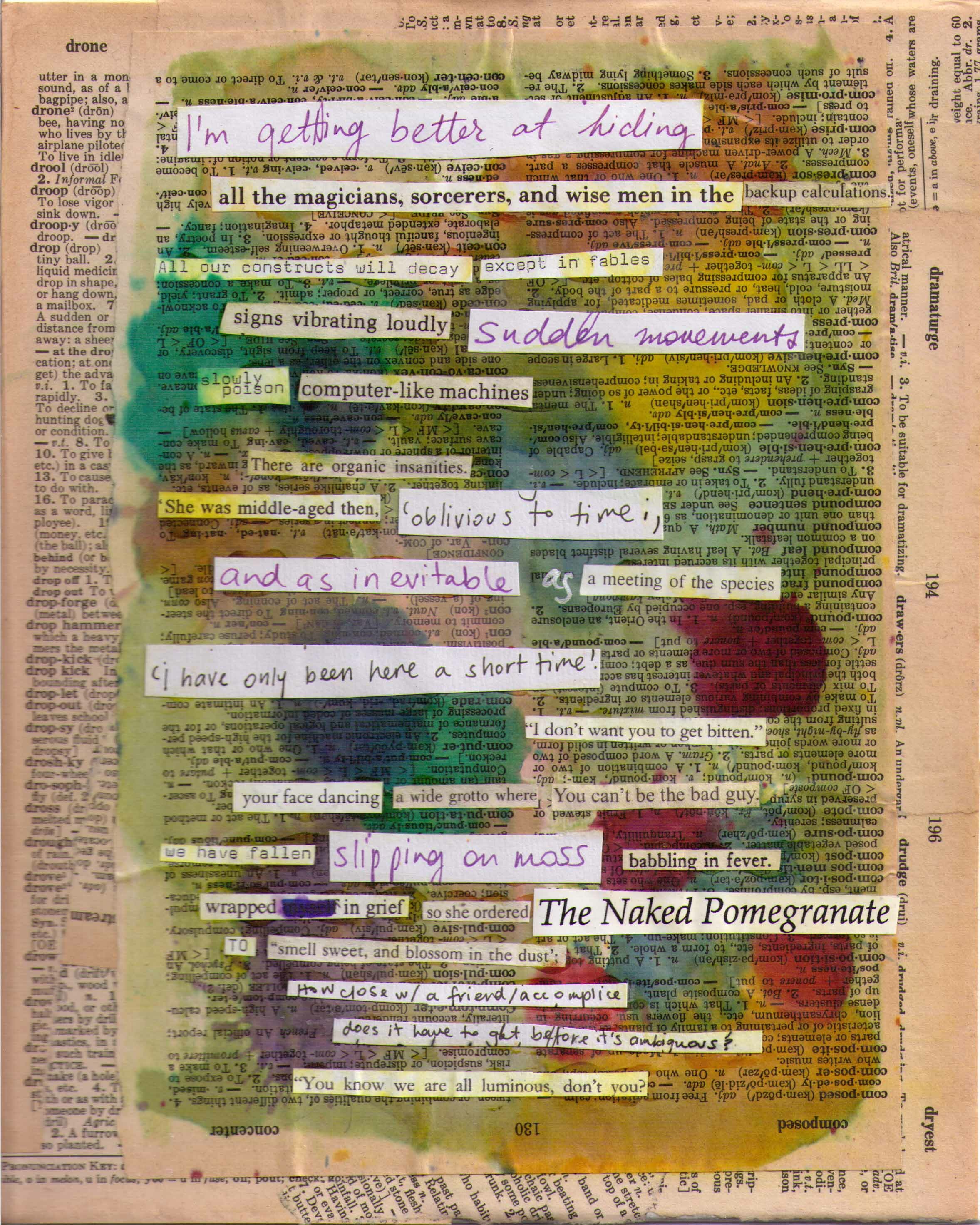 These pieces are part of a larger series and creative practice/method that calls for an emotional and intellectual reaction, and is an ethical intervention. It hopes to achieve, through the intelligent application of absurdity, what feminist collagist and cut-up agent Kathy Acker suggests might be:

…the only reaction against an unbearable society is equally unbearable nonsense. 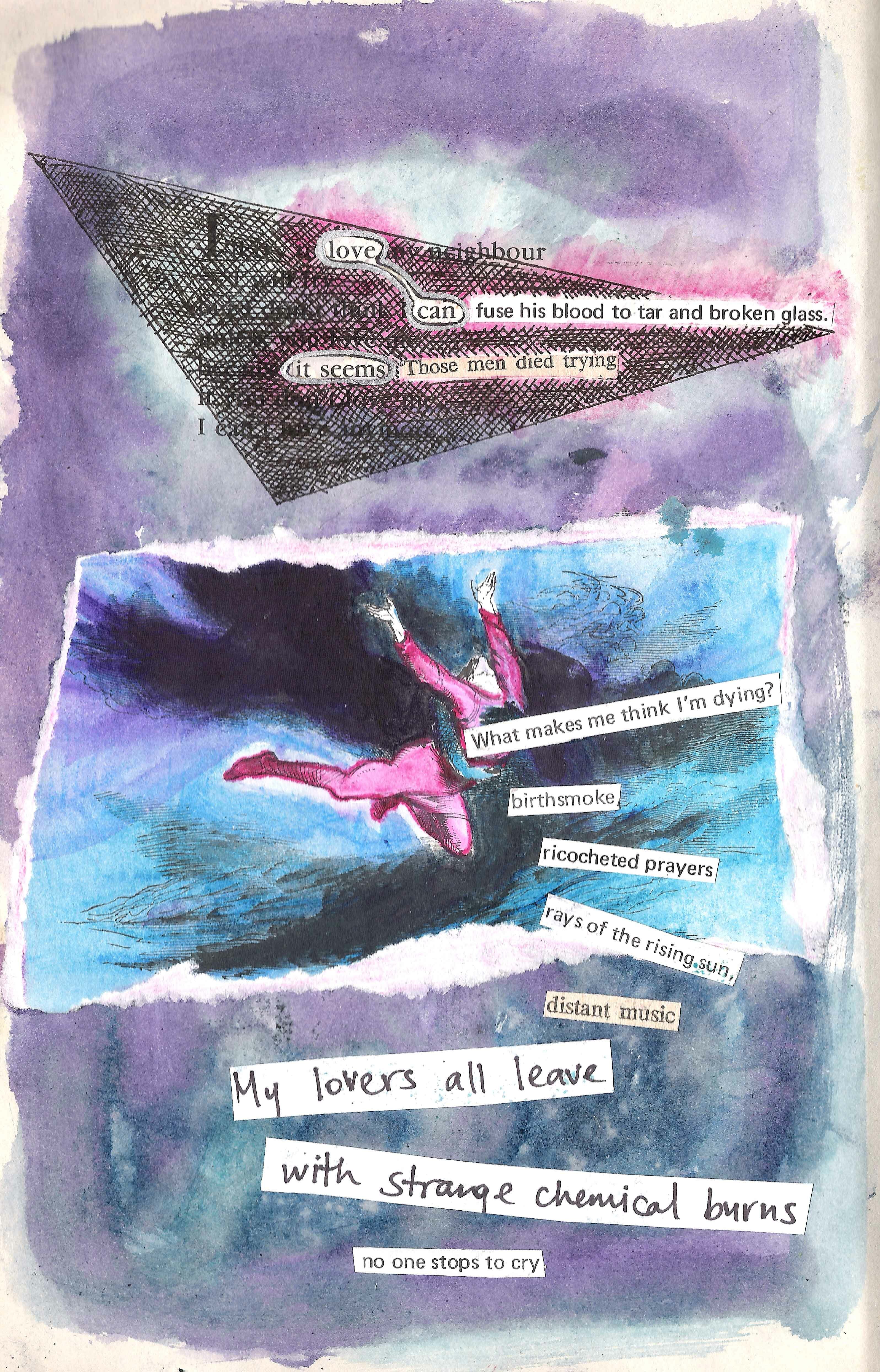 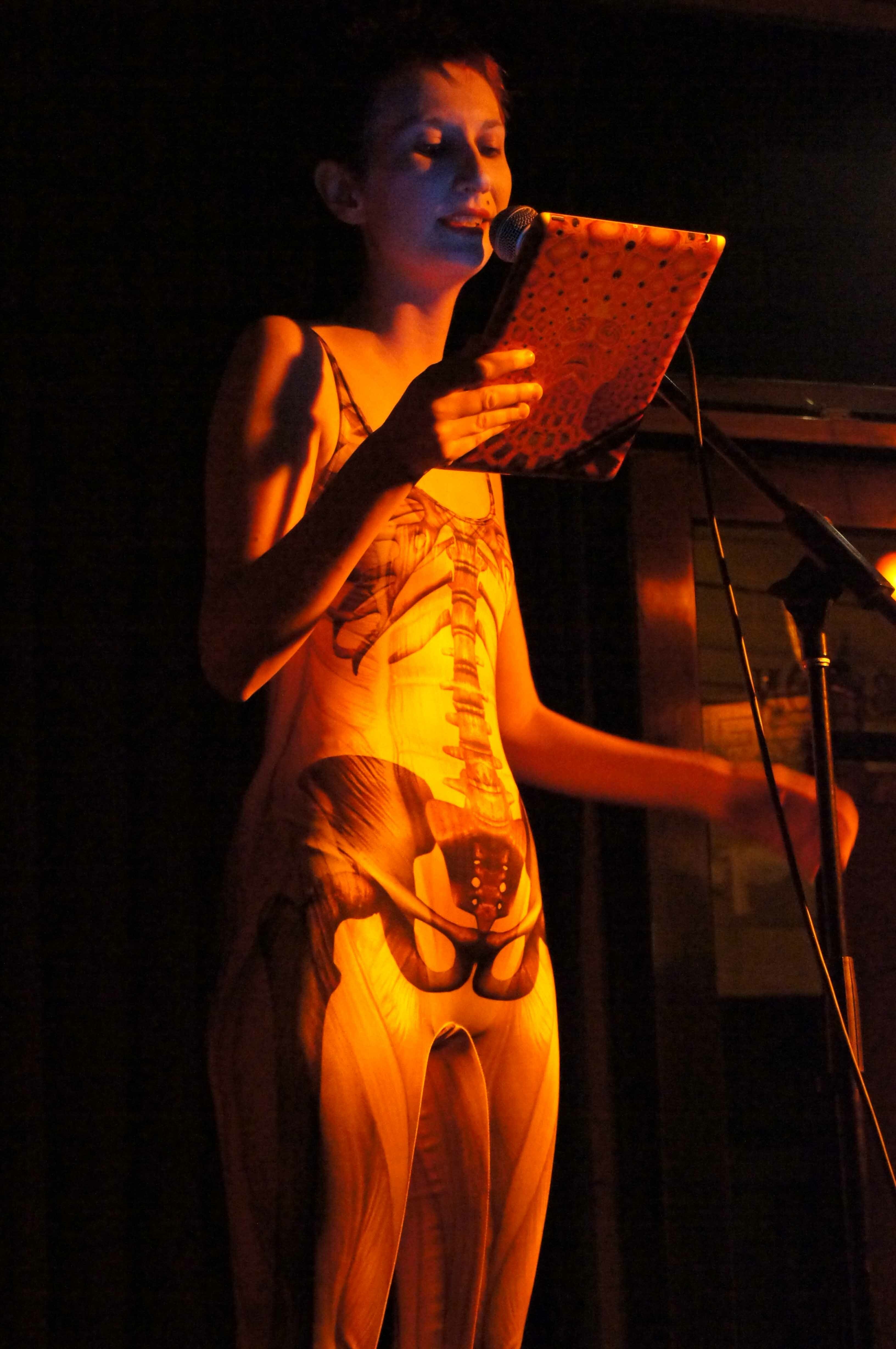