E. Kristin Anderson grew up in Westbrook, Maine and is a graduate of Connecticut College. She has a fancy diploma that says “B.A. in Classics,” which makes her sound smart but has not helped her get any jobs in Ancient Rome. Once upon a time she worked for The New Yorker magazine, but she decided being a grown up just wasn’t for her. Currently living in Austin, Texas, Ms. Anderson is an assistant editor at Hunger Mountain for their YA and Children’s section. With her pal Miranda Kenneally, Ms. Anderson is the co-editor of the upcoming DEAR TEEN ME anthology (Zest Books, 2012), based on the website of the same name. As a poet she has been published worldwide in around two dozen literary journals from the indie-queen Fuselit, to the prestigious Cimarron Review.  She hand-wrote her first trunk book at sixteen.  It was about the band Hanson and may or may not still be in a notebook at her parents’ house.  Look out for Ms. Anderson’s work the forthcoming anthology COIN OPERA II, a collection of poems about video games from Sidekick Books.

E’s literary influences include Francesca Lia Block, Louse Glück, William Butler Yeats, Elizabeth Bishop, Chris Carter (of The X Files), and Emily Dickinson (whom she pretended to be named after as a child). 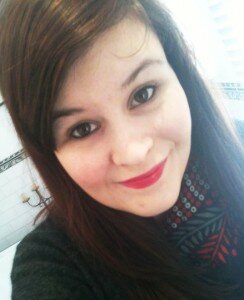 Amber Beilharz grew up in the thin alleyways of Rozelle, Sydney. Though, she has been living in Melbourne, Australia for the  best part of a more than a decade and this place is basically her blood-beat. She has a Dip. in Professional Editing & Writing and a BA in Creative Writing and Literature at Deakin University. In 2009, two of her fiction pieces were shortlisted for the Judith Rodriguez Prize. In 2010, she was 1 of  5  on the Editorial Committee for Verandah Literary & Art Journal #25. She was a poetry editor at Voiceworks Magazine between 2010 and 2013. Amber plays writer, poet, selective artist and regular giggler. Her poetry, fiction and nonfiction can be found in numerous issues of  Voiceworks Magazine. You can also find her poetry within dotdotdash magazine and Verandah Literary & Art Journal #24. Her poetry has also appeared in Hands Like Mirrors, a NZ/Aust. collective and fiction in Hunger Mountain. Audio exists over at Soundzine, as well as part of radio segment Spoken Word.

Chauncy Perry is an accountant by day, poet/editor by night living in a tiny town outside Toronto, Canada with a small horde of animals and humans. In the six years he has bothered to take writing half-seriously, he has spewed for publication roughly 20 more poems than his harem of geckos have eggs. He has been published in various indie global and not-so-indie Canadian magazines (including upcoming work in Hart House Review, most recently) and co-founded one of his own—Notes To The Future—although if anything he now takes writing less seriously as a result. Find him tweeting irrelevance and rants about soap operas at @tiganesc.