No Abandoned Cow: Ada Limón on Poetry & the American Road 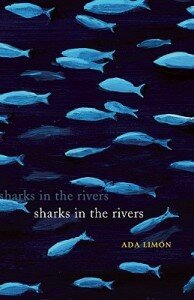 For the most part, I feel like I have no idea what I’m doing. I don’t mean with poetry, or with prose, but with life. Most days, there’s a devilish beast at the bottom of my spine telling me I’ve got it all wrong. What have you done with your life? Little selfish word-eater, time-waster, navel gazing narcissist. Get a real job. Help someone. Do something. Solve problems. Grow up. But other days, especially when I’m on the road and sharing poems with strangers, I think it’s all going to work out, and that in some ways I am helping, even if just by pointing at the pain and the joy and saying “Yeah, me too. I see it, too.”

The most recent poetry tour was 1335 miles, 11 events in 8 days, and 9 total days of car travel. When traveling with 2 dear friends and poets, Adam Clay and Michael Robins, and writing a poem every day for National Poetry Month, and meeting up with other knee-deep poetry makers on the road, it does begin to feel like, well, like dropping acid. Everything feels a bit more psychedelic and nothing’s not moving or breathing or shoving itself into a poem. No abandoned cow, no unsung greasy grackle, no roadside attraction unworthy of more words. How good it is to leave your small safe room where the majority of the work gets done in quiet reflection, risk the unknown city’s welcome, risk the bloat and glutting of road-miles, and go Willy Loman some poems. 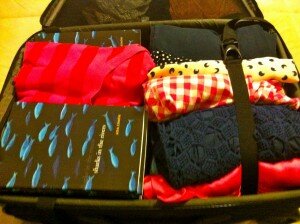 Suitcase packed with SHARKS IN THE RIVERS.

END_OF_DOCUMENT_TOKEN_TO_BE_REPLACED

Pieces from Old Notebooks: Éireann Lorsung on a Writer’s Commonplace

I have been writing things since I was very little but I have only been keeping them in designated places (as opposed to collections of scraps) for a few years. Over the past five years I have been using mostly the same kinds of notebook to keep my ideas and writing and objects in. Usually my drafts don’t begin as such in the notebook, but the process of collection images or assembling my thoughts, working out my ideas and arguments happens there. The notebooks are the armature for the poem or piece of prose that will come later.

My thought is to show some of the process. I write poems and longer prose things. I read them, too. I find myself sometimes overwhelmed by the completeness of the world. Meaning, first, everything seems already to have been done, and second, that everyone else working now seems already to have finished their work while mine feels perpetually just-begun.

I think this is in part because what I privately (and not very usefully to my writing sometimes) think of as capital-L-Literature is what is finished, vetted, authorized, paid-for. And most of what I make is not these things. So for my post here for Poetry Month, what I offer is a selection, both transcribed and photographed, of pages and fragments from my notebooks. These are where my writing comes from. Which isn’t to say what gets written here becomes the writing. I write things down, glue things in these notebooks. Later, sometimes, I come back to them like I would to notes for a paper or an exam.

(I was reading a friend’s manuscript to offer a critique. Those notes are on the top left side: “Sarah’s poems: caves/depth/rot-softness-not necessarily a positive attribute/ears, disjointed body/insides of things/dankness/mineral/telephone/[illegible]/animal”. Below that, a to-do list and “now we are/ old enough/we know/we can die”. On the right-hand side of the page, some drawings and to-do lists.)

(From a very recent notebook. The far left page: part of the novel I am working on [“Approaching Naples in a...]. The page that is vertical looks like reading notes of some kind. On the right-hand page, working out plot or connections between elements in the novel. Middle of the page: “socialization for subservience | 1619” [I am not sure any more what that date means there] and then below that “getting to know dates the way/some writers know characters/ the century”.)

(From a notebook from February 2010, some to-do lists. In the middle of the page, “START WHERE/YOU ARE//USE WHAT/YOU HAVE” and a fragment of a poem, “we wanted both honeybees/and cheap, instant/connection to home//we wanted to migrate/with no pain”. Bottom left, “Who appointed you arbitrator of what I (can) know?”.) Background = my current notebook.

(A page from the notebook I used up until we left England to live in Belgium, where I collected pieces of plants I saw daily. I wanted to remember the English landscape I lived in very precisely. At top left, with arrow: “First snowdrop, 2012, Jan. 9”.)

Éireann Lorsung is an American writer (two books of poems, MUSIC FOR LANDING PLANES BY, Milkweed Editions 2007 and HER BOOK, Milkweed 2013; prose published in DIAGRAM, The Collagist, and Bluestem; poems in many journals). After doing her BAs and MFA in the city of her birth, she went to France to work—then to England to study some more. She now lives in Belgium, where she runs a small press and edits a magazine. She likes talking to people about writing, art, and ideas. She also likes spicy food, Singlish, cushions that look like biscuits, and the word ‘turpentine’. 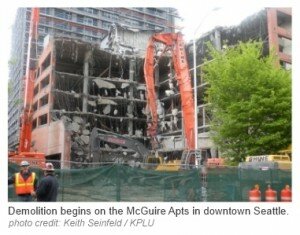 The truth was, neither did I. END_OF_DOCUMENT_TOKEN_TO_BE_REPLACED

A Working Mother’s Perspective: Katrina Vandenberg on Art and Fear

When I seek advice from poets about how they do it — and don’t we all? — there seems to be a nearly-sacred belief about how you have to clear your schedule so you can write.

Over the years, I’ve found that I need to be in the world to fill my artistic well, and to push against the world to do my best creative work. Two of the best things that have happened to my poetry have been a full-time job and a child, and yes, I do mean both at the same time.

Here’s what’s different, and often better, about writing these days:

1.     No dilly-dallying. I now have less time to write than I used to have to sit in a coffee shop with a girlfriend and complain about how I had no time to write. (I think I stole that line from an old issue of Utne Reader.) But when I sit down to write now, I write. No Facebook, no e-mail, no fridge, no letting a stack of student papers magically grow until it takes an entire day to grade them. It’s a race between me and my daughter, Anna, waking from her nap — and the bits of writing I do get done keep building over time. END_OF_DOCUMENT_TOKEN_TO_BE_REPLACED