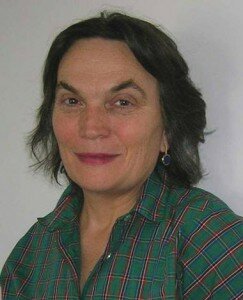 Dorothy Porter’s poetics affirm the extremities of my corporal existence. I cannot escape my body but I can read Porter’s lyrics and become intimate with the pulsations, aches and fluids of my own mortality. Lines from the title poem in Porter’s poetry collection, Crete (1996), allow me to express my feelings towards her poetry: ‘Finding a vein /I find you…O flash! O honey!’

In a paper presented at the Tasmanian Readers’ and Writers’ Festival in August of 1999, Porter spoke openly about an era in her life where – in an attempt to gain a wider readership and more financial stability from her writing – she wrote the two young adult novels Rookwood (1991) and The Witch Number (1993). As Porter explains, despite her attempts to consciously write for a young adult audience, The Witch Number was still criticised for being too subversive. Porter believes that this rejection of The Witch Number was due to her exploration of witchcraft and menstruation and she was happy for this view to be proved wrong. However it was this rejection of The Witch Number that drove Porter to write against everything she considered ‘good’, to only write for herself – and what Porter wanted to write was poetry that would drip and make sticky freshly mopped tiles:

‘I wanted ingredients that stank to high heaven of badness. I wanted graphic sex. I wanted explicit perversion. I wanted putrid language. I wanted stenching murder. I wanted to pour out my heart. I wanted to take the piss. I wanted lesbians who weren’t nice to other women. I wanted glamorous nasty men who even lesbians want to fuck. I wanted to say that far too much Australian poetry is a dramatic cure for insomnia. But I still wanted to write the book in poetry.’

The ‘book’ that Porter is referring to is the award winning, best selling The Monkey’s Mask written in 1994, two years after the publication of her first verse novel Akhenaten in 1992. Before her death in in 2008, Porter had written numerous poetry collections, libretti, and three more verse novels: What a Piece of Work (1999), Wild Surmise (2002) and El Dorado (2007). In all of these verse novels, Porter mounts a poetic examination and celebration of taboo bodily functions and desires and as such, creates a narrative for non-heteronormative sexuality.

The verse novel or verse narrative, though still a relatively new term, originates from one of the oldest traditions of writing – the epic poem. For the sake of definition, a verse novel is a narrative told through poetry. Although many contemporary verse novels, like Porter’s, are composed in various forms of free verse, the narrative may also be expressed in more traditional metres and stanzas, such as the Onegin stanzas in Vikran Seth’s The Golden Gate (1986). There is no restriction placed on the form or the content of a verse novel, the most basic foundation of this genre is that a linear or non-linear narrative is expressed through poetic verse.

as sticky as sex. 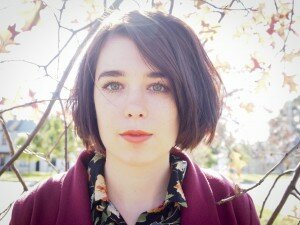 Autumn Royal is a poet and PhD candidate in literary studies at Deakin University, where she is writing on the verse novels of Dorothy Porter.