A lot of poets have a distinctive style, a kind of fingerprint. Very few poets sound like Charles Simic or Billy Collins, and Simic/Collins usually sound—how shall I put this—like themselves.

The following is a pretty good example of a Ron Koertge poem: 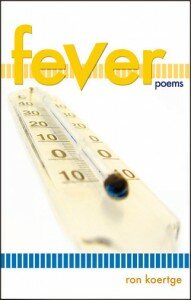 I’d say my style is conversational, or maybe loquacious
like someone trying to pledge a good sorority, someone
who can’t stop talking about her stuffed animals.

Still, I’ll bet there’s plenty of what people call hidden
meaning in my work.  Not that I’d know.   Somebody
told me that the famous Robert Frost poem (“Stopping
by Woods on a Snowy Evening”) is about Death.

Why couldn’t it be about Weather or Real Estate.  I’m terrible
at ferreting out meanings, though I admire people who can
lean into a sonnet with their stethoscopes and then deliver
the news with the same grave expression as physicians.

For the kind of poems I’m writing now, I’m glad I wasn’t
born in Japan.  I can see my haiku master fanning himself
as I count the syllables and say, “Two hundred and ten.”

No, I’m an American, and a long-winded one. I just go on
like one of those blue highways through Montana with
an occasional joke or simile like a roadside attraction.

Other poets tug on the reins and pause in the dark.   Inside
their mittens they count perfect iambs.  The think deep
thoughts while snow fills the ruts the sleigh left and
collects on the brims of their somber hats.

What a smarty pants, huh? I poke fun at myself and at traditional explication. I get a few laughs along the way. I think poems should be fun to read. I like to entertain my readers.

So how in the world can this next poem be explained:

Nostalgia Cable brings back Howdy Doody – a thing on a string, a gizmo.
Tying off as I watch, I remember my heroin mentor called the syringe a gizmo.

“It might be dangerous, but we’ll be right outside.”  A book with a gun
in it.  A hidden microphone. Safe-word for I like this too much  = gizmo.

His dangling parts fascinated her, which he took as a very good sign.
But she’d never talk dirty, referring to everything down there as his gizmo.

Li Po tires of lotus and wild geese.  He thinks of his son, Po-Chin,
fascinated by the peddler and his costly, intricate gizmos. 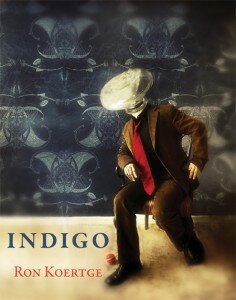 A ghazal, Ron? Really? My friends thought I was crazy, and I guess I was a little. But as I was writing ghazals, I was excited and happy. A new one overwhelmed me nearly every day. They were full of energy, sometimes a little dark and subversive, usually funny in unusual ways. If a bemused Smokey the Bear wrote my usual poems, Reddy Kilowatt was writing these.

Some reviewers didn’t get the ghazals at all. They weren’t traditional (there are lots of rules for ghazals and I broke all of them), they weren’t like my usual work, etc. But other reviewers did, in fact, get them, and they called the ghazals the bad brother of the usual poems, the brother who stole a car and did some time in juvie. In them was my usual interest in the carnal, my affection for iconographic monsters, my iconoclasm, my playfulness. Check this one out:

Stop being harried and nervous.  Lie down under a sheet of poetry.
Are you still cold?  Slip into these fleecy pantoums:  wearable poetry.

The mechanic put his hand in the haiku and removed a syllable.
“Try it now.  That funny sound should be gone.”  Repairable poetry.

Try harder.  Don’t use palimpsest or façade.  Avoid the well-crafted
copout.  Stab loveliness, then get a gun and hunt down adorable poetry.

Stand back.  Further.  Put on these safety glasses and some big
asbestos pants.  Get ready for some combustible poetry.

I especially like the rhyming adjective before the key word, even though it made the poem even harder to write. Why did I do that? Lord knows. It seemed like a good idea at the time, and I was hot, like a guy in Las Vegas playing blackjack who takes a hit at seventeen and gets a four. Sometimes things just go well.

But then, when I’d written seventy-five or so, that was it. No more.  So I took a deep breath and waited to see what the Muse had in mind for me. Among other new poems I wrote in the next few months was this one:

Parking Lot at 7th and Main

Sometimes when I see a room for rent –
and it’s always just a room, never an apartment –
I think about living there.

I wouldn’t have a dog or a cat, a fish
or a cactus.  I guess I’d sleep on the floor.

It’s a horrible thought, really.  No wife
or friends.  Not a chair or a book.  I don’t know
what I think I’d do.

Wait, maybe, for a light to go on or off,
for a panel in the wall to open and reveal
the staircase to an unimagined world.

(from The Ogre’s Wife, forthcoming from Red Hen Press, 2013)

And I confess, it haunts me like no ghazal ever did. 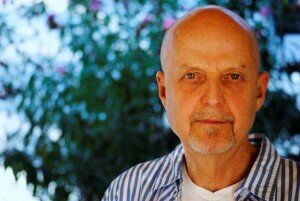 Ron Koertge’s most recent books of poetry include Indigo, an all-ghazal book, and Fever, both from Red Hen Press. Ron is also the author of many celebrated young adult novels, including Stoner & Spaz, Strays, and The Brimstone Journals, all American Library Association Best Books for Young Adults. He is a two-time winner of the PEN Literary Award for Children’s Literature. Ron lives in South Pasadena, California. For more information, visit his website: ronkoertge.com.