1. Name a poem that really excites you. In that way. What’s the line that really gets you juicy?

Goodness gracious. Eighteen words into this interview and we’re already talking about my secretions.  Anyway,  the poem I’d take back to my place this week is Here Am I by Anis Mojgani, which you can read here, but shouldn’t, because you should be watching the video. (Okay, so it’s audio. But it’s my favourite recording.) Six years ago, I discovered Richard Brautigan and he totally revolutionised the way I understood poetry; six years later, Anis Mojgani is becoming that second milestone, that next will o’ the wisp on the elusive path to Everything Making Sense. Here Am I is a passionately lyric poem, but it is also profoundly vernacular, and mind-blowing to  a line-counting penny-pincher like me.  And if you want to talk about my juices, ‘lawns so perfect they looked like Clark Gable was kissing them’ is high on the list of lines that gets them flowing, but it’s when he hits ‘I wuz here motherfuckers’ in that recording that I really need to go for a liedown. 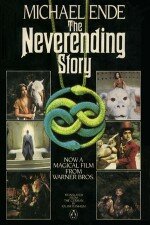 Come to think of it, I don’t remember when I first started writing. Around five or six, I suppose. My mother has poems about things like wombats and spaceships in boxes with the rest of my schoolwork, which just goes to show how little I’ve changed. I read an awful lot of Robin Klein and Enid Blyton–did you know Enid Blyton wrote a book called MR PINK-WHISTLE INTERFERES?– and I started reading Gerald Durrell and Terry Pratchett at an early age and never stopped. One of my favourite books was (and still is) THE NEVERENDING STORY, by Michael Ende. Don’t talk to me about the film, but every time I read that book I’m transported. And I love books like that. These days I read a lot of satire, magic realism and dystopian fiction, and names like Haruki Murakami, Etgar Keret, David Sedaris and Gary Shteyngart are always falling off my lips, but ultimately all I want out of a book  is to be flung headfirst into another world.

Now this is a dirty trick you’ve played on me. A dirty, sneaky trick. You and I both know that the only thing I know about machinery is that it’s not poems. But I guess I’d say a car, not because it’s the only thing I can think of but because it can take you places. You can go on epic, life-changing journeys with it, spend days cooped up with nothing but yourself for company and come out at the end of it to something you’ve never seen before.  But it’s practical, too. It can get you to work and it can get you back again and it can get you to the shops when you’ve run out of bog roll. It can take you home to the people you love. And that’s what I want my poems to be like. And that’s why my poems would be a car. (The car would be orange.) 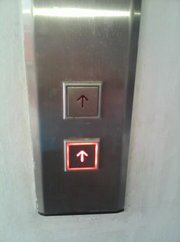 You couldn't make it up.

4. Remember the last time you had one of those experiences so bizarre you “couldn’t    make it up”? What happened?

Hah! You have to remember that I live in China. China practically IS experiences so bizarre you “couldn’t make it up”. I could tell you about the taxi driver who mistook my collapsible walking stick for nunchucks, and then asked if I’d ever smuggled drugs in it; I could tell you about the boys at Chinese New Year’s running around at the traffic lights with lit firecrackers held to their butts, although I probably wouldn’t tell you about how we proceeded to emulate them at every opportunity. I could tell you how I once taught a Chinese girl the Chinese word for masturbation, or how the rules of our dormitory stipulated that we weren’t allowed to raise chickens in our rooms. But I think I’ll settle for telling you that I once organised a flashmob shoot-out in the Forbidden City with bananas for guns, spent an afternoon running around with eight other foreigners making pew-pew noises in the immediate vicinity of armed security guards, and nobody cared.

5. Take us through a few of your publication credits. Which are you proudest of?

I was first published in Soundzine Issue 4, back when I was so green that I didn’t actually realise that my work appearing in a magazine meant I’d been published.  If you’re interested in my inevitable tendency to adopt an English accent when reading poetry, that’s the link to click on. I finally started submitting seriously to literary magazines last year, with work appearing in Voiceworks, dotdotdash, and Read This Press‘ tribute chapbook to Allen Ginsberg over the course of 2011; this year I’ve had one poem in Hunger Mountain so far, and my Twitter-sized short God and Lego won third place in the Nanoism 2011 Nanofiction Contest, which was nice. I don’t know that I could choose any one that I’m most proud, since every publication is like winning a marathon run up a giant hill of icecream, but if you pressed me I guess I’d say Starry Rhymes, the tribute chapbook, just because it was so wonderful to come together with a group of total strangers and create something for the first and only time.

6. Which lit magazine do you admire above all others and why? 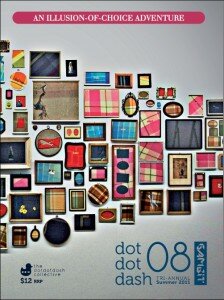 It’s so tempting to drop some of the big names here. I could say Rattle, which I’d kill to be published in, or Meanjin, or Gulf Coast. But I’m going to wave a feeble flag for the home team and say dotdotdash, partly because they run a fantastic international magazine out of the most isolated capital city in the world, partly because they give out the sort of rejection letters that would make Jesus weep into his hankie and swear to try harder next time, and partly because their website is covered in ducks. And they do such exciting things! Their tenth issue, Fingerprint, asks writers to submit not individual pieces but a small zine, with readers receiving not a magazine in the traditional sense but a random selection of  submitted zines. A unique experience with every purchase. You have to love a magazine with the guts to try something like that.

7.  What is the worst piece of writing advice you have ever heard?

‘Have you considered taking all of the punctuation out of it?’

8. The vampire apocalypse is upon us and only poetry can save us. But how?

Well, I figure vampires are as aware of recent literary trends as we are. They read books, they’re not dumb. And by all accounts, they’re pretty egotistic buggers, so I figure they can’t be any more thrilled to find themselves depicted as sparkling pansies than we were to have to read it. Or see it at the movies. Or shove our fingers in our ears and go ‘la la la’ while the great rank tide rolled on. So here’s my plan: everyone starts writing amazing vampire poetry. Beautiful stuff, eloquent, evoking every aspect of a vampire’s essential badassery in exquisite verse. We get them hooked on it, keep them hungry not for necks but for nouns, and our problems are solved. The diversity of poetic themes might suffer, but at least we won’t.

9. What do you have planned for next few months? Publications, projects?

I don’t know. Honestly, it keeps changing! I have a poem forthcoming in Vintage Press‘ Geek Mook and four more forthcoming in Hunger Mountain. I also have a total of twenty-nine poems and short stories out to various markets at the moment, so I should be receiving some exciting rejection letters in the near future. I’m contributing regularly to Bird’s Nest: Ai Weiwei in English, which is a fantastic project bringing one of China’s most influential contemporary artists closer to the English-speaking world, and I’m slowly getting involved both with Paper Republic, a group of literary translators based in Beijing, and Pathlight magazine, which publishes English-language translations of Chinese literature. So I guess I do have a lot planned after all. I may even squeeze in some writing. 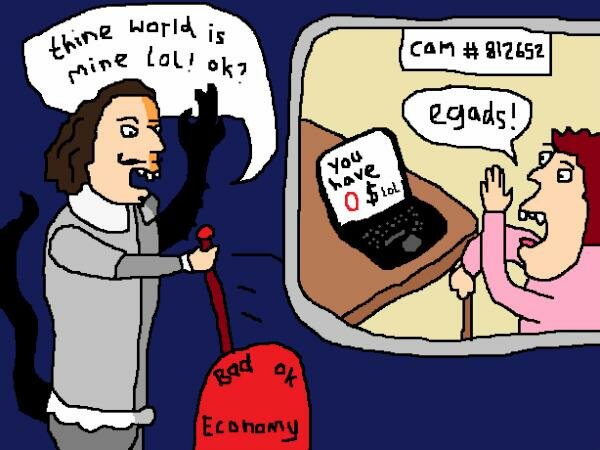 Art by Chris Giles of My Beautiful Paintings.

10. What is your favourite conspiracy theory and why?

It’s a difficult choice, but I’m going to have to plump for David Icke and his reptilian agenda. Obama is a shapeshifting alien. The Royal Family are shapeshifting aliens. I don’t know if Icke has ever claimed that Shakespeare was a shapeshifting alien, but I certainly wouldn’t put it past him. And of course, all of these evil extra-dimensional reptiles are secretly controlling the world. I mean, obviously. (If you can click that link and not die of laughter, I tip my top hat to you. Of course, that could be part of their dastardly plan. Only time will tell.)