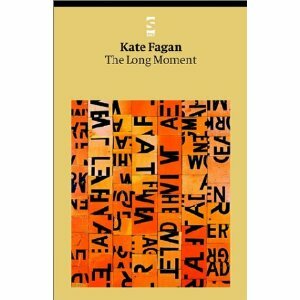 Kate Fagan is an exceptional Australian poet and musician whose collection, The Long Moment, was published in 2002. Her latest offering is First Light (Giramondo Press) published last year. Her work has appeared in Meanjin, Salt and Calyx: 30 Contemporary Australian Poets. Fagan’s previous works are the chapbooks Thought’s Kilometre (Vagabond Press) and return to a new physics (Tolling Elves). This is a slim and beautiful collection spanning 105 pages, and a work that revisits the former collection.

Think science, music, geology, biology and mathematics. Fagan’s poetic ear is finely tuned and her poems are polished and each is a humble image. Reflect on how these small moments expand outwards and approach complex themes. The first section Calendar starts at April and continues on with 9 prose poems which expands on the idea of organisation on a monthly basis, becoming somewhat of a diary. My favourite lines are from (august) with ‘Emptying over a balcony, slow light recalls the loss of a city.’ There’s something that’s both simplistic about the nature, but also knowing in its grief. Grief, too, is a slow process of gathering oneself.

II return to a new physics starts with the whimsical reflections of ‘beside ourselves / we wait for light / and arrange lake things /spectating upon the inevitable’ followed by the beautiful notion of ‘breath pulls apart a dandelion’. I love how this poem has no punctuation and this gives the poetry in this section a continuity, as though the poems could be treated as individual pieces or read as a whole. Further in, I am struck by the epiphany of these lines: ‘we concern ourselves / with the most tender evidence / of specificity. / quantum materials / showing in waves / with properties at the level of light.’ Fagan’s approach to multiple intertwining studies is stellar. I am especially hooked on ‘with the most tender evidence’ as though the things we hold close become shrunken by the knowledge that, when it all comes down to it, humans are physics and what we see is what we perceive.

This idea is shortly followed by the lines ‘we step into locations / and change them, / or they happen to us’ citing a higher source for the way things take track in our lives. I like the way Fagan philosophises here without being overzealous. These are reflections that are soft and giving, that give us more insight into different ways of thought. Fagan’s poems give us ‘a world walking around / open-mouthed / and collapsing’. What comes out of that belly of the world is what Fagan gives us in her melodic expression. II return to a new physics is definitely my favourite ‘chapter’ of the book and it keeps my thoughts pegged on physics of light and landscape and our interaction with both. The arch in these poems is at the lines:

III Anti-landscape brings us lighthouse beach, a poem in which we’re walking ‘among ribs / waking /’ and ‘falling upward into sky / into grace’. The nature of the ocean cements history, leaves its imprint in the sand, is always present and concise. And ‘our choice / encounters us’ and in this landscape littered with beach-goer mementoes, we’re brought back to reality. The last line is a killer in this poem, suggesting this: ‘Written or unwritten, the details collect and return us to context’. This brings us back to that notion of seeing and the anatomy of the eye, which relies solely on light to refract image. These two paths Fagan travels are a centralised refrain. Beyond this, the poem Lighthouse series gives us a beautiful entrance with ‘Evolving map / spitting up a whale, dragged skein of a whale / each current of hide or fin, /’ which I think gives us great breadth and is also a great example of how important the strength of your poem’s first lines have to be to carry the rest of the piece. It has to be ‘punctual as light’ exactly the same way your end line must pack punch.

Geophilosophy frets between prose poetry and white space. The poem reasons, ‘The word terrain begins to unlock the perimeters of reason’ and in this space, ‘Eagles wheel up, a message of clear territory, seen by them’. In this case, the whitespace echoes movement. There’s also movement in Fagan’s expression but this white space helps the reader to sit within the fractious sea. I think this is a great example of prose poetry and if you haven’t tried it or need inspiration, then this is a collection to get your prose poetry artery into palpitation overload.
IV The waste of tongues is more focused on language, the structure is quite snipped. I love the notion and phrasing of ‘that bright recovery of space / hung to a word, / counterfeiting vision, /’ and ‘Here is later, / arranged so that the sun / might know us’. If you haven’t already gained a sense of this collection, this fourth part certainly cements underlying voices and focal points. How we navigate the word is through sight and speech and this is confirmed by ‘Falling outside the lower limit / of another’s wild speech, / a sentence pronounces itself / without walls or eyes / but with music’ from the poem Being as such (eulogy). Fagan also approaches anatomy with a slight, tender voice:

‘…open beside windows of quiet salt
we embrace first as cells
the sorry loss of a fine jawbone,
then change
in its finer reasoning…’

Within the last poem sequence, Fagan returns to prose poetry which circles the collection back to its beginnings and this is reminiscent of itself. Pick up Kate Fagan’s The Long Moment to re-acquaint yourself with the nuances of language and how Fagan expertly fuses interdisciplinary study in a way that will surprise you. Be inspired by her sequences of prose poems, the way she breaks at each line, the way her structure informs her expression and context.
This collection is a gem.

–
Amber Beilharz is a Voiceworks poetry editor. She tweets at @velvetbrownfox. This review originally appeared on Voiceworks Magazine’s blog VIRGULE. You can view some of her newer review work at ANZLITLOVERS (run by Lisa Hill)  here and here.