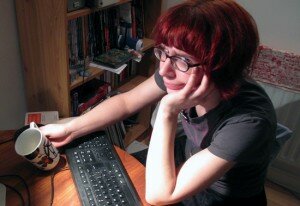 If, like me, you’re not toting a 30-point plan, it’s a struggle not to believe this. My warped mind has a tendency to demand that every idea I have be ultra-original, plucked fresh from the growbag of my imagination; otherwise the resulting poem is not really mine. This has proved a particularly limiting myth. The artist Robert Rauschenberg said, “Having to be different is the same trap as having to be the same.” Focusing too much on breaking away from others and constructing an original style can be as vacuum-forming and restrictive as having to adhere to strict rules. Trailblazing artists and musicians can name their influences; they do not invent completely new forms – they evolve and mutate them. We’ve seen the variety of results that can emerge from centuries-old forms like the ghazal or sonnet. Should every sonnet written after Shakespeare or Petrarch be dubbed a pale copy? No, unless Shakespeare and Petrarch themselves are to be pilloried. Should we write off Chaucer for adapting old Breton lays for The Canterbury Tales, or should we enjoy the satire and manipulation in his use of these tropes? 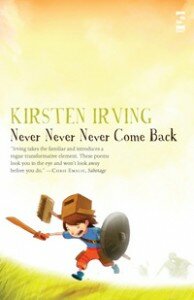 This NaPoWriMo, a number of poets are offering prompts via Twitter, Facebook and their own blogs. I urge you not to flagellate yourself over originality (by Day 15 you’ll be panda-eyed and considering inventing ludicrously complex forms that would make Queneau turn to senryu and which will take you to the precipice before you can say “Sod NaPo”). Instead, take full advantage of these spurs and use them to jump-start your own creative mechanisms. Don’t take it as a failure of your own imaginative abilities that you ‘need’ a prompt; instead, consider that you’re making a bland soup and a friend has wandered in asking if you’d like to borrow some exotic spices.

The NaPoWriMo site is posting prompts throughout the month, but here are a few other sources to raid this April:

Kirsten Irving is one half of the team behind cult hand-made magazine Fuselit and collaborative poetry publisher Sidekick Books. She lives and works in London. Her pamphlet, What To Do, was published in 2011 by Happenstance, and her first full collection, Never Never Never Come Back, is available from Salt Publishing.