Let’s start with the truth. It gets important later. It seems that all poets must state their position in regards to the place of truth in poetry at some point. In his Poetic Principle, Edgar Allan Poe claims that poetry ‘has no concern whatever either with Duty or with Truth’. However in discussing truth in poetry Poe is railing against what he calls ‘the heresy of The Didactic’, the belief, popular at the time, that every poem should contain a moral. Nor is this merely a concern of nineteenth-century Bostonians. In schools and universities students are too often taught to be interpreters of poetry rather than practitioners. They put the poet on trial and his poems are evidence­—his heart to be weighed against a feather in the hall of Ma’at. Poetry becomes a mode in which experience is digested for its moral content and then dramatised and displayed for the reader.

This mode of poetic truth seems repugnant and is something I endeavor to avoid in my own poetry, but isn’t truth intrinsic to poetry? At least in the Universalist sense that the way in which we, as writers, see and interact with the world allows us to create a fictive truth to resonate with readers. Readers bring with them their own personal projections that lead to varying interpretations of the poem and yet the emotional truth the poet has created is such that the reader knows that epic, romantic love is real, thoughts are like foxes and that the nightingale probably is immortal. It is this type of truth that I aim for, universal and emotional rather than moralistic or biographical. The truth is that every time I’ve written autobiographical or ‘issue’ poems they have become so heavily symbolised that the sad, broken things have to be put somewhere where no one will have to see them or hear their awful squalling.

Rhyme has been a conundrum since Milton derided the ‘troublesome and modern bondage of rhyming’ as ‘the jingling sound of like endings’. But rhyme can be far more than simple couplets. Rhymes may be so far apart, you cannot hear them, but they can hear each other, like whales calling each other across an ocean. The freedom to non-rhyme must include the freedom to rhyme. But the choice of rhymed or non-rhymed must be consistent within the poem. A partially rhymed poem is a sloppy and sad thing, a child sent to school with a dirty face and mismatched shoes. Rhyme in the modern era is derided as doggerel, seen as the domain of children’s poetry and light verse. At best it is satiric, but poets such as Elizabeth Bishop have shown that traditional rhymed verse forms can be applied to modern subjects with wonderful effect. This is something I like to attempt in my poetry: the juxtaposition of modern subjects or settings with the grace of traditional rhymed forms. But not sonnets, I don’t do sonnets.

Poets have been referencing each other’s work since, at least, Homer and Virgil. We live in a post-wasteland world and I adore intertextuality and veiled, or not so veiled, references to other works but, for the immature poet, using these techniques is a problem. Particularly at university the line between reference and plagiarism is a worrying one. If I write that poems are the teeth/ with which we gnaw at/ our asphalt-covered souls a slew of questions come up. Should I reference Kafka? How do I reference within a poem? Am I being clever or derivative? Have I changed it enough that it’s okay or have I changed it so much that it looks like I’m trying to get away with it? The other issue that arises from referencing and intertextuality is whether or not they present a shallowness of original thought, by using the words of others are you creating false profundity so that there’s no depth to the depth? The truth is that I will build my castles from the scavenged stones of the past, besides it’s so much fun when readers get the references.

I find that I agree with Joshua Clover and Juliana Spahr that ‘poetry must be as violent and loving as the disease called history’ and yet I long, like Poe, for ‘the creation of supernal beauty’. Sometimes, I somehow want to achieve both in the one poem. The more poetry I read and write, the more it seems that there are no rules to it but only instinct, contradiction, confusion and desperate grasping at expression that lies just beyond my powers. The learning curve in poetry makes me feel like a blind sailor, shipwrecked on an unnamed island in an unknown sea, attempting to find north. The truth is that as a poet I’m a pretender and probably don’t deserve a manifesto. The truth is that I don’t care and will use these methods to write poetry until someone tells me to stop. The truth is that actually I probably won’t stop. 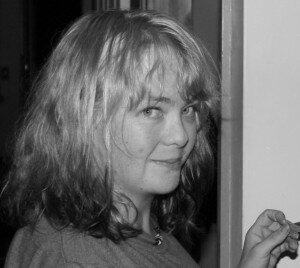 Palila Opit is a masters student at the University of Melbourne. Her work can be seen in the latest issue of Etchings, #10: The feminine.  She is a previous winner of the Judith Rodriguez prize and also the recipient of some very kind rejection letters, which she always appreciates.